Toyota and Subaru to collaborate on BEV platform

Toyota and Subaru to collaborate on BEV platform

Carmakers Toyota and Subaru will jointly develop a platform for battery electric vehicles (BEVs). Models planned on the platform include midsize and large passenger cars and a compact SUV.

‘Subaru and Toyota believe that it is necessary to pursue a business model that goes beyond convention, crossing over industrial boundaries,’

The SUV will be sold under each company’s brand and builds upon a partnership between the two OEMs that goes back to 2005.

‘Subaru and Toyota believe that it is necessary to pursue a business model that goes beyond convention, crossing over industrial boundaries,’ the carmakers said.

‘By bringing together technologies that represent each company's strengths and cooperating where possible, the two companies will jointly develop a BEV-dedicated platform,’ they continued.

The new vehicles will reportedly utilise a combination of Subaru’s all-wheel drive technology and Toyota’s existing BEV developments. Toyota is currently one of Subaru’s largest shareholders, holding a 16.77% stake in the company.

The collaboration begins next year and will focus on developing the ‘Gen 5’ electric drive unit, designed to be the propulsion system used by JLR in all future launches.

‘With Jaguar Land Rover, we found a partner whose requirements for the future generation of electric drive units significantly match ours,’ said Klaus Fröhlich, Member of the Board of Management of BMW AG, Development.

‘Together, we have the opportunity to cater more effectively for customer needs by shortening development time and bringing vehicles and state-of-the-art technologies more rapidly to market,’ he continued. 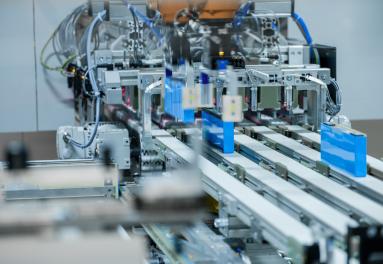