The ongoing restrictions on dealership activity resulted in a 35.5% year-on-year decline in new-car registrations in the UK in February 2021. Autovista Group senior data journalist Neil King explores the latest figures and the market outlook.

A total of 51,312 new cars were registered in the UK in January, according to data released by the Society of Motor Manufacturers and Traders (SMMT). The association highlighted that ‘the industry recorded its lowest February uptake since 1959.’

The UK emerged from its second lockdown on 2 December, only to see new regional restrictions imposed from 16 December. Subsequently, national lockdowns in England and Scotland were announced on 5 January, with ongoing restrictions in effect across the rest of the UK too.

There was a modest improvement in the market contraction in February, compared to the 39.5% year-on-year downturn in January. However, there were two fewer working days in the month than in January 2020 and, on an adjusted basis, the decline was therefore greater.

The UK registration figures continue to align with the Autovista Group expectation of a return to year-on-year declines of about 30% in countries where dealers are closed for physical car sales. The downturn in the UK during February, however, is larger than the 19% fall in Germany, where car showrooms are also closed. The contraction is also greater than in France and Italy, although dealers were open in these markets.

The only major European market to suffer more than the UK in February was Spain. Although dealers are open, the country is in a perfect storm, enduring a third wave of the pandemic, a weak economy and a fall in consumer confidence, in addition to the end of the RENOVE scrappage scheme and an increase in car-registration taxes.

UK registrations of petrol and diesel cars fell by 44.5% and 61.0% respectively, but still held a combined 65.3% share of the market. Registrations of standard hybrids (HEVs) also declined, by 22.8%, but the upward trend for plug-in hybrids (PHEVs) continued, with a 52.1% rise. Moreover, demand for battery-electric vehicles (BEVs) grew by 40.2% and electrically-chargeable vehicles (EVs) accounted for 13.0% of registrations, challenging diesel cars, which gained a 13.2% share.

‘However, increasing uptake of these new technologies to the levels required by 2030 remains a mammoth task, with yesterday’s budget proving a missed opportunity given the lack of measures to support the market overall and notably the transition away from pure petrol and diesel cars and vans,’ the SMMT emphasised.

Accordingly, Autovista Group’s latest base-case forecast has been lowered to 1.86 million units, equating to 14% improvement in new-car registrations in 2021, with further growth of 11% predicted in 2022. This is predicated upon vaccination progress preventing any further lockdowns in 2021 and new-car deliveries being largely unimpaired by semiconductor shortages and/or post-Brexit border delays. Similarly, the SMMT has revised its market outlook to 1.83 million new-car registrations in 2021, down from the 1.89 million units predicted in January.

In a more positive upside scenario, the UK automotive sector will emerge more positively, with dealers quickly returning to full operational capacity to meet increased demand. A less-severe impact on the wider economy would also bolster new-car registrations in 2021 and beyond. In this scenario, the UK new-car market is forecast to grow by 18% in 2021, to over 1.9 million units, and expand by 13% in 2022.

Mike Hawes, chief executive of the SMMT, commented; ‘these closures have stifled dealers’ preparations for March with the expectation that this will now be a third, successive dismal ‘new plate month’. Although we have a pathway out of restrictions with rapid vaccine rollout, and proven experience in operating click-and-collect, it is essential that showrooms reopen as soon as possible so the industry can start to build back better, and recover the £23 billion (€26.7 billion) loss from the past year.’

With car showrooms closed in most (and likely all) of the UK until at least 12 April, order intake will continue to be suppressed, further delaying the automotive recovery. An improvement in orders is expected in April, especially with the release of pent-up demand, but is unlikely to translate into significantly healthier registration volumes until May. Autovista Group estimates that the extended lockdown in the UK will result in the loss of approximately 200,000 new-car registrations between January and April, most of which will not rematerialise later in the year. 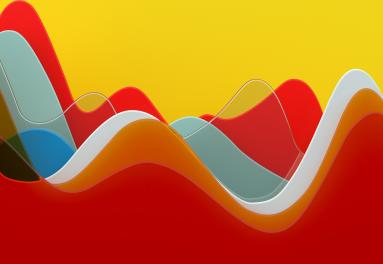 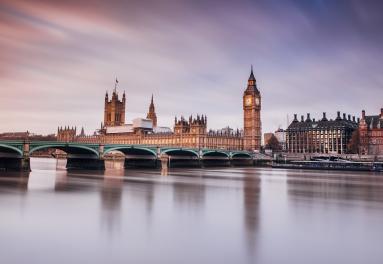