BMW and Ford hail solid-state batteries as the future

BMW and Ford have led an investment round in Solid Power, a producer of solid-state batteries for electrically-chargeable vehicles (EVs).

Solid-state batteries are smaller than traditional lithium-ion units currently used in EVs. They are also more powerful, meaning carmakers can increase vehicle range while improving interior comfort. The technology also has a lower cost, which could lead to reductions in EV model prices. 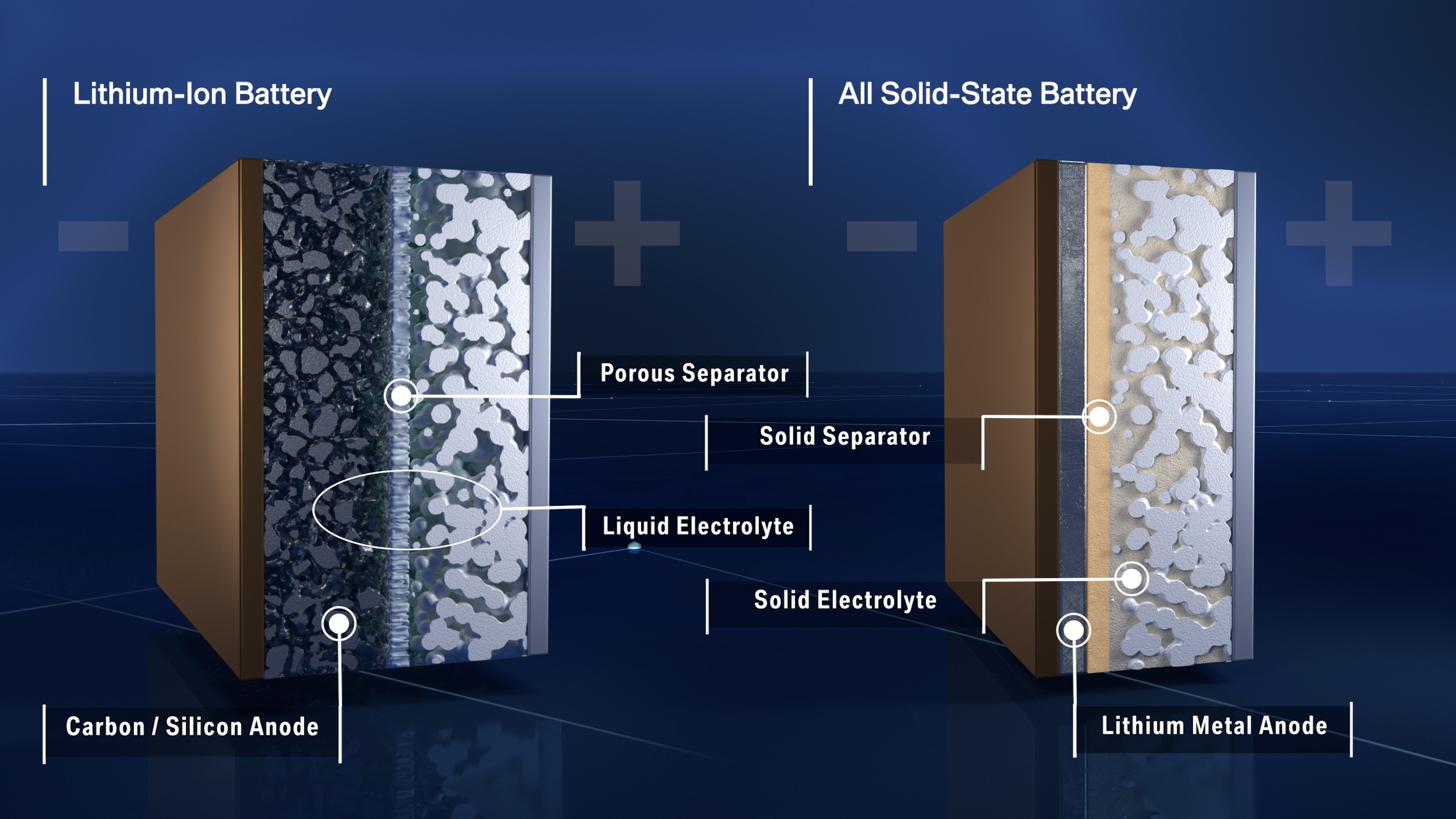 ‘Solid-state battery technology is important to the future of electric vehicles, and that is why we are investing directly,’ said Ted Miller, Ford’s manager of electrification subsystems and power supply research. ‘By simplifying the design of solid-state versus lithium-ion batteries, we will be able to increase vehicle range, improve interior space and cargo volume, deliver lower costs and better value for customers, and more efficiently integrate this kind of solid-state battery cell technology into existing lithium-ion cell production processes.’

Both Ford and BMW Group will receive full-scale 100Ah cells for automotive qualification testing and vehicle integration beginning in 2022.

BMW Group is keen to play a leading role in the development of battery technology. Within the framework of its second EU-coordinated ‘IPCEI’ project (Important Project of Common European Interest), its focus is on developing the next generation of lithium-ion cells.

In addition, the manufacturer recognises that solid-state batteries are expected to be more cost-effective, more sustainable and optimised for the ‘circular reuse of raw materials’. This will help decrease the demand for natural resources.

After their deployment in vehicles, the intention is to use the batteries as stationary storage devices, with the ultimate aim of processing all their raw materials for subsequent reuse.

The issue of sustainability in the automotive industry is a growing topic of discussion. BMW is aware of the need to produce its EVs in as green a way as possible. The company has already announced a partnership with Livent for the procurement of sustainably-sourced lithium. It is securing all raw materials itself before passing them on to manufacturing partners to allow for total traceability.

‘Being a leader in advanced battery technology is of the utmost importance for the BMW Group. The development of all solid-state batteries is one of the most promising and important steps towards more efficient, sustainable, and safer electric vehicles. We now have taken our next step on this path with Solid Power,’ said Frank Weber, member of the board of management BMW AG, development.

Both BMW and Ford have struggled with the adoption of electric technology in the past. BMW was an early adopter with its i3 model, but did not continue a fast-paced development and fell behind other carmakers. In 2019, bosses even said the shift to EVs was ‘overhyped’. Ford is only releasing its first mass-production battery-electric vehicle (BEV), the Mustang Mach-E, this year. The carmaker has partnered with Volkswagen Group to produce a vehicle on the German manufacturer’s MEB platform.

Yet, the two companies have pushed hard to improve their standing in the EV market. BMW will have around a dozen BEV models on the road as early as 2023, while Ford is becoming a BEV-only manufacturer from 2030.

The investment in Solid Power is a statement of intent from both carmakers, as they aim to rise above other brands and lead the electric market. Solid-state technology has the opportunity to be a gamechanger when it comes to EVs, and other manufacturers are already developing their own versions of the technology to take advantage of the benefits.

Renault, Stellantis and VW charged over diesel emissions in France