The new Yaris has undergone a design revolution by Toyota’s standards, giving it an assertive character and sporty look. The level of standard equipment is good and the Yaris also has numerous safety features that are not standard on most rivals.

The B-segment is highly competitive, with numerous cheaper alternatives to the Yaris, and the rising demand for B-SUVs is also challenging traditional B-segment hatchbacks.

The hybrid technology on offer in the small-car segment mostly consists of mild hybrids and the Yaris was, for a long time, the only B-segment model offering a full-hybrid engine.

However, the Yaris now has to compete with new hybrid rivals, including the Renault Clio, and will also have to contend with battery-electric vehicles (BEVs) that are being launched in the segment. BEVs are eligible for purchasing incentives in markets including France and Spain, unlike standard hybrids.

Click here or on the image below to read Autovista Group’s benchmarking of the Toyota Yaris in France, Italy, Spain and the UK. 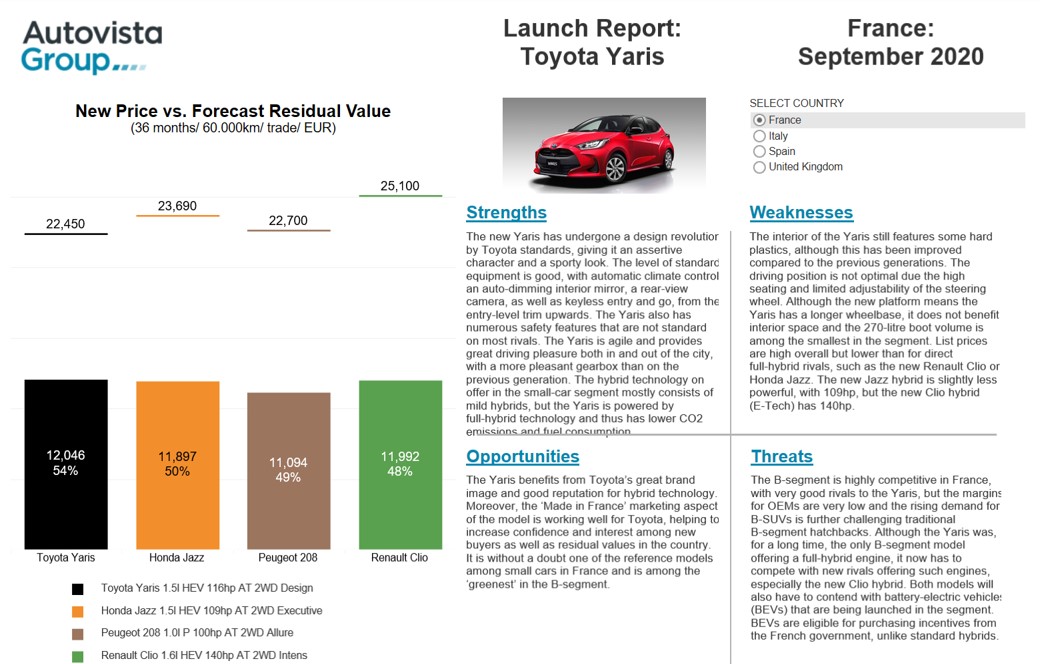